Once Upon A Time – Captain Hook’s Mysterious Sextant Satchel – We Made That!

Are you one of the 7 million viewers who caught the last episode of ABC’s ONCE UPON A TIME? In the episode (season 3, episode 5) “Good Form” where (spoiler alert!) we learn the story of Captain Hook’s past, and how he came to be a pirate, we are introduced to his older brother. When we first meet his brother, Captain Jones, he appears wearing a unique leather satchel from which he produces a mysterious sextant that helps them steer the course to Neverland. The satchel and the sextant become an important part of the episode, as the story moves from the past back to the present, where Hook and the rest of the cast are trapped in Neverland – Hook thinks that if they find the satchel, and the sextant, they might find a way to escape. 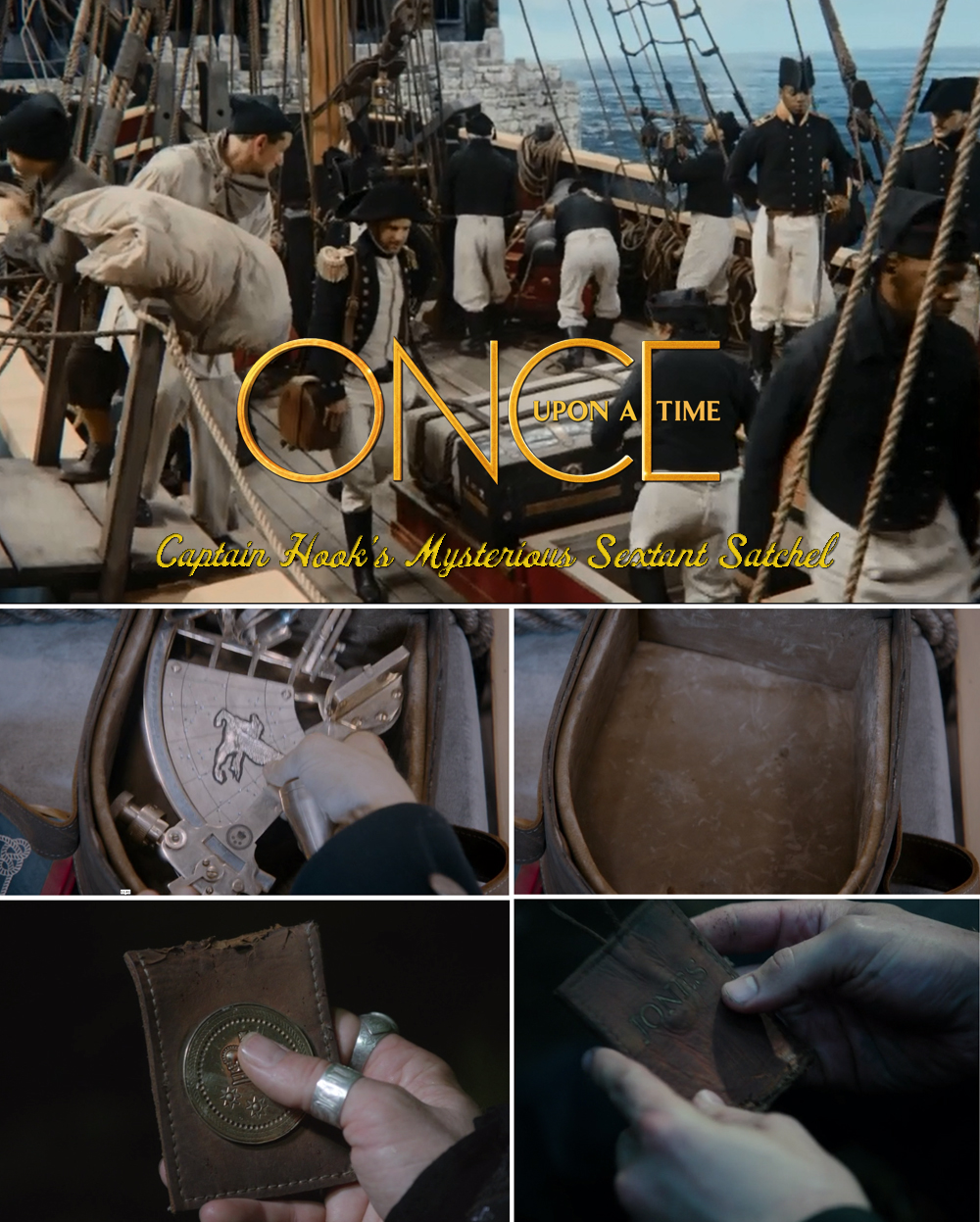 The flap of the satchel bears a military insignia, and on the reverse side has the name “Jones” (Hook’s last name, as he is Killian Jones) engraved into the leather.

We’ve been eagerly waiting for the episode to air so we could tell you all about it – because we were so thrilled when the great folks at Once Upon A Time asked us to make the satchel. Below is a shot of it at our studio when we were adding the finishing touches. It’s made using a gorgeous rich oil-tanned leather, lined inside with a supple distressed italian tanned garment hide, and enforced throughout to give it a rigid structure.

We had a great time making it – it’s always fun for us to work on creative projects, and getting to see it in action makes us so proud!